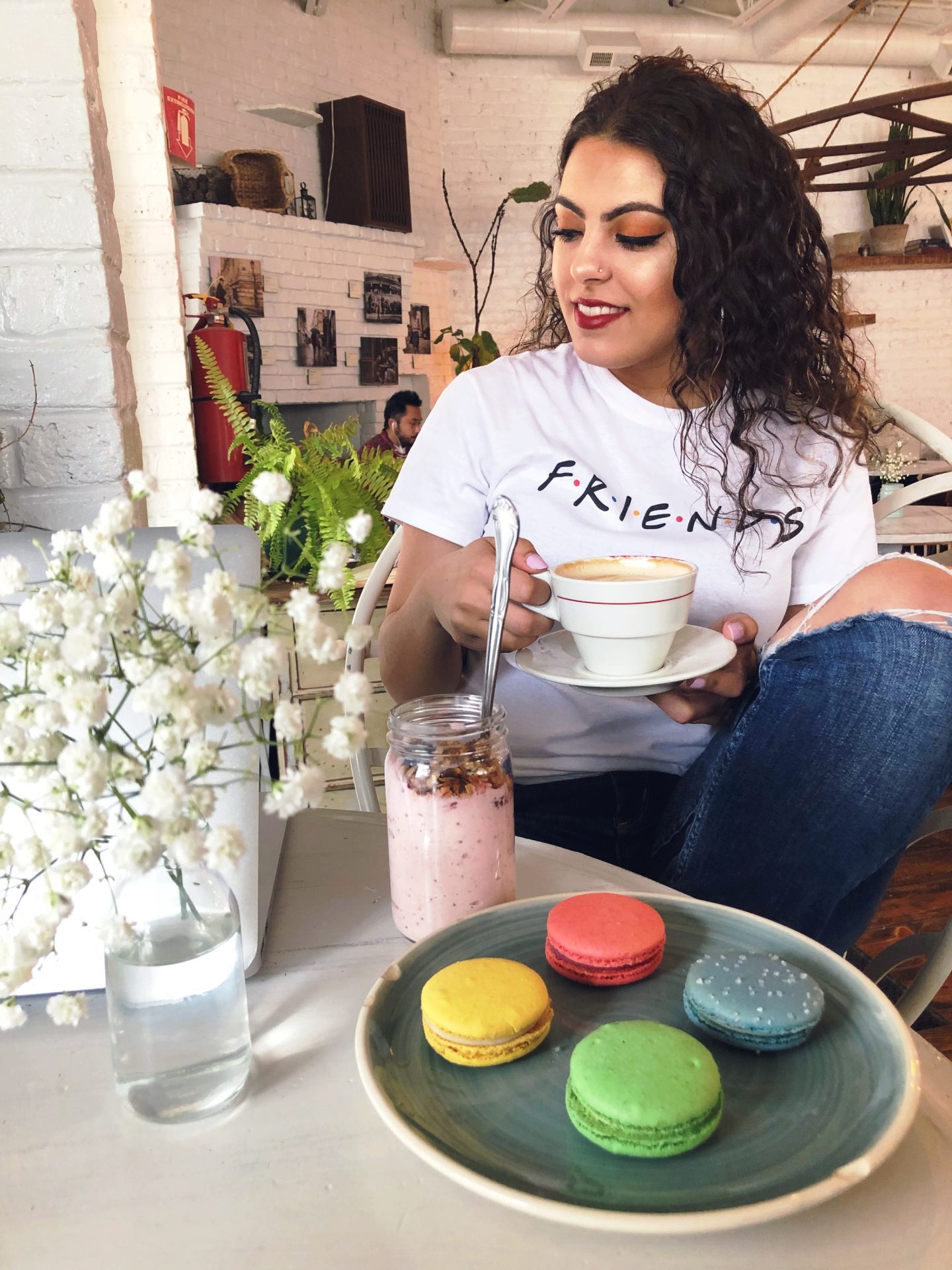 How you doin’?? Yes I’m at a coffee shop because it only makes sense. Now to the post 🙂

Friends is a show that I just keep going back to watch because it’s just that good. Funny thing is, I’ve watched it for the very first time two years ago. I don’t know what I was doing when it was airing but I’m glad I found it years later and I’m not the only one. With the world of Netflix and streaming, people younger than me are watching it for the first time.

There are so many things to love about this show…

This show brings in so much personality and I believe that’s what keeps the show going! Its so refreshing and it gives the show some sort of “balance” that I feel like a lot of shows today lack thereof. Even though you may not be a “Ross” or a “Phoebe” you can still relate to them on so many levels. And its beyond personality sometimes- every character comes from a different background, has different hobbies, and dislikes but they all seem to be one big happy family at the end of the day. Cue the “I’ll be there for youuuuu.”

2. It never gets old

Truly never does. I’ve tried to start shows but always go back to watching Friends. It’s my third time watching it. You can rewatch episodes and laugh and cry at the same parts every. single. time. The humor and plot lines never get old.. which brings me to my next point. 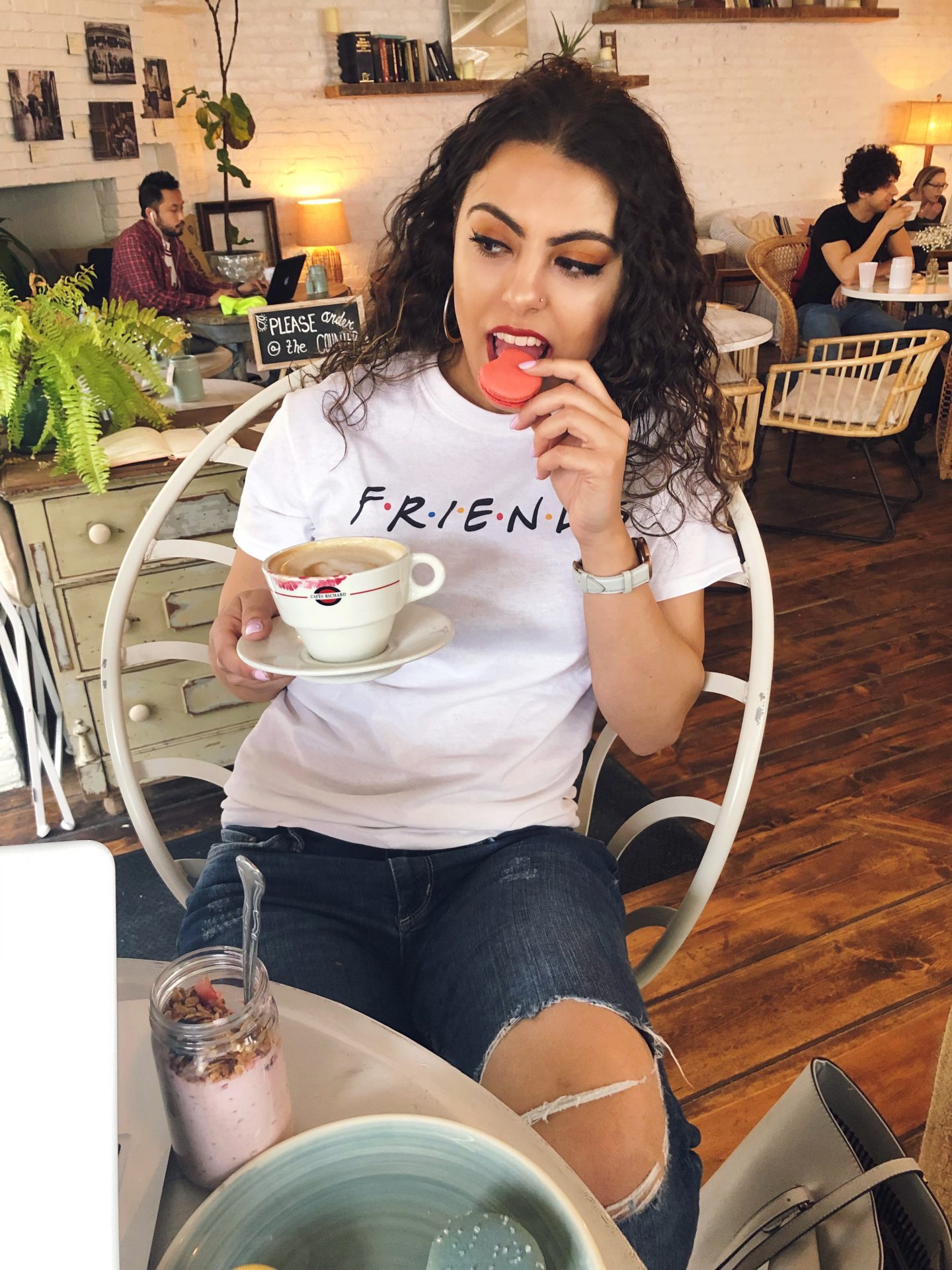 Lets be serious.. Friends wouldn’t be “as funny” without Chandler. His quick remarks and witty comebacks are what makes Friends so good and funny. It’s a show that you can watch to get your mind off of things and just laugh. Of course, every character also brings in laughter whether it be them being “clueless” or just being themselves.

The plot lines are too good. Phoebe gives birth to her brothers triplets, Ross’ wife turns out to be a lesbian, Rachels best friend ends up marrying her ex, Ross and Rachel getting married to get unmarried then having a baby together seasons later, Monica and Chandler getting together.. the list can go on and on. The plot lines never get old. 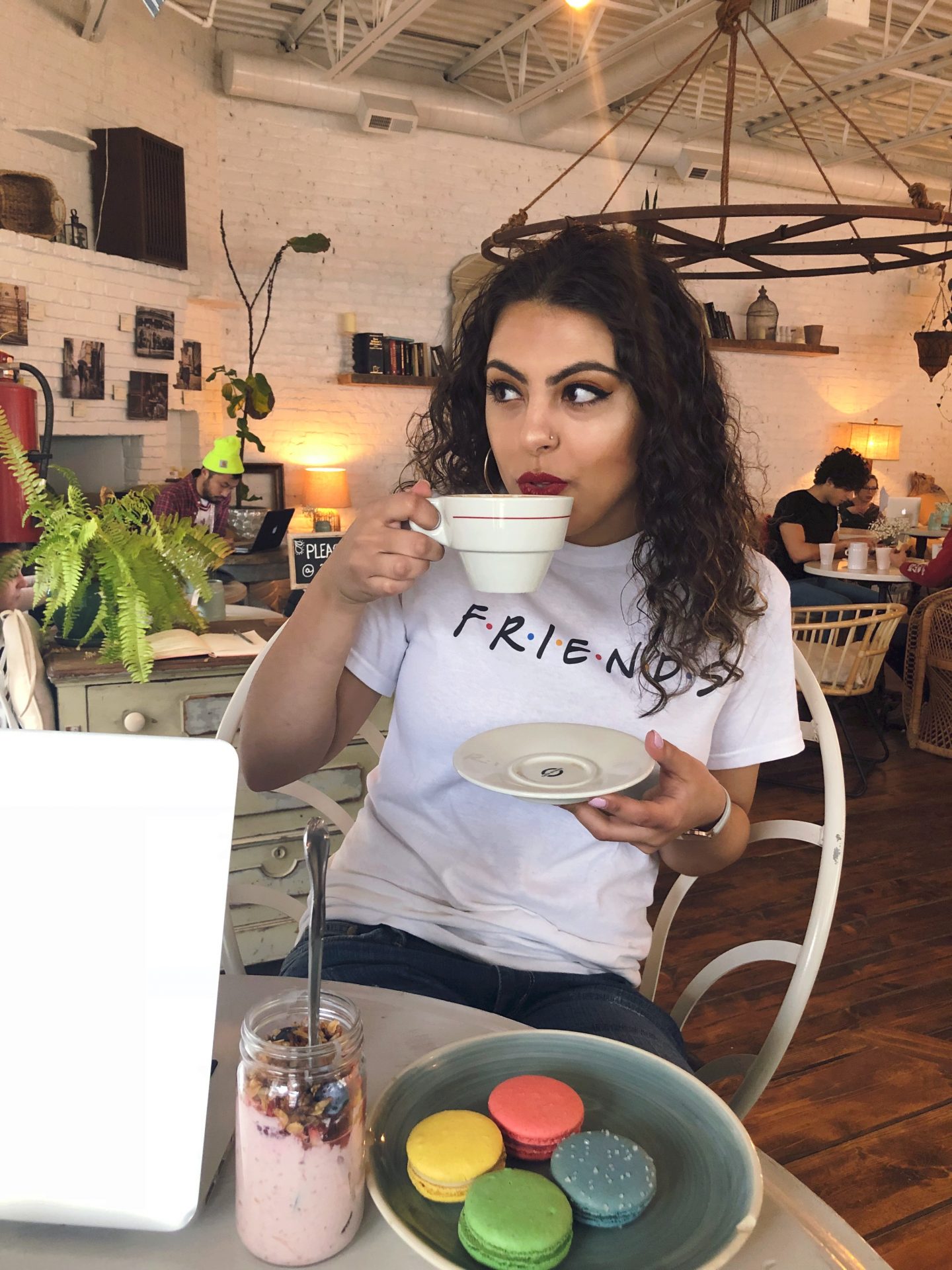 I actually love that phones and computers weren’t really used in this show. In Season 3- Chandler gets a new laptop that he can “print from” and he’s never been so much happier. They used pagers for them to know if they got the job or if Ross is finally being a dad. I mean- this show is so nostalgic with technology and even more with fashion. My favorite on the show has to be Rachel because we are just one in the same. Fashion, career, outlook on life.. everything! Fashion on this show is my favorite. It reminds me of a simpler time and I think thats why it’s such a big hit today. They can all sit in a room and just talk. No phones, laptops, iPads, or social media in the way.

Have you watched Friends? Do you love it too!? I’d love to hear your feedback.